Even though I am currently deep into a project which is coming closer to launch and despite trying to not upgrade yet, I couldn’t wait to install Yosemite on my main machine. So I did. Luckily everything works and it was an easy upgrade process. The only thing that needed a little bit of work was a problem with PostgreSQL not starting anymore, which I found after getting an error trying to start the rails server.

Disclaimer: PostgreSQL is one thing which I don't know much about at all, but this fix doesn't involve anything that could break your machine, so I thought it might be worth posting.

I checked the log file (/usr/local/var/postgres/server.log) and found these lines:

I did a Google search for these two lines and found this article on StackOverflow, which seemed to provide the fix. Since this was an easy one to try, I just created these directories.

Starting the PostgreSQL with

then worked. Problem solved. If you ran into the same thing and see the same fatal errors in your log file, I hope this solution works for you as well. Just to be on the safe side, don't forget to create a backup if you haven't done so already. 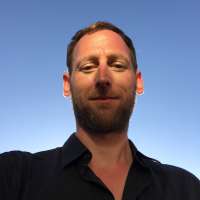 Hello! I'm Holger Bartel, a designer and developer based in Hong Kong. Before 2020 and the unwanted travel restrictions I used to speak at conferences and give workshops. If you would like to chat, have comments or simply like what I do, contact me or connect on Twitter.